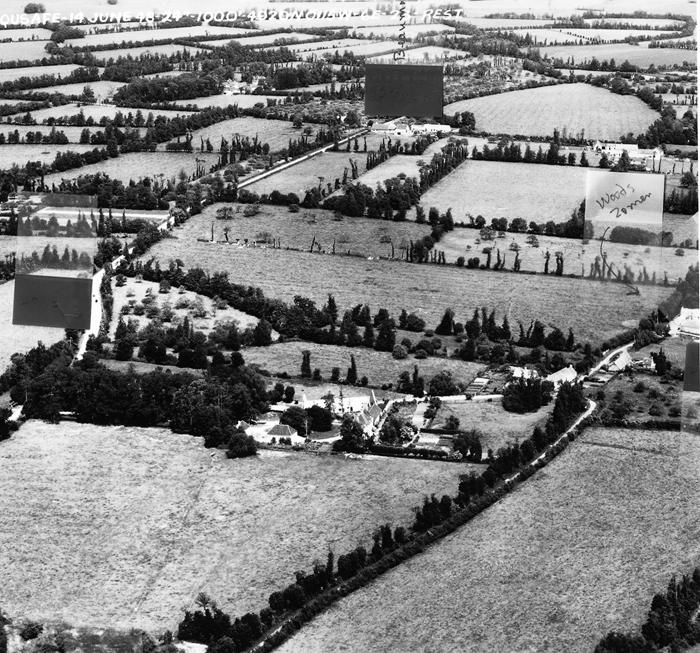 The road connects a major north-south highway to Utah Beach four miles east. Germans held the hedgerows and farm buildings adjacent to this tactically valuable roadway. This winding, narrow two miles is one of the most bloodied roads in the annals of the 101st Airborne Division’s Normandy history. Paratroopers of Colonel Robert Sink’s 506th Regiment landed outside the top of the photo. The subsequent battles to seize the road and open it up to traffic from Utah fills many pages. The converging roads at the bottom meet at the Liberte’ Expressway. A 2001 TV mini series, “Band of Brothers” will depict the Vierville Road battle in an early episode.