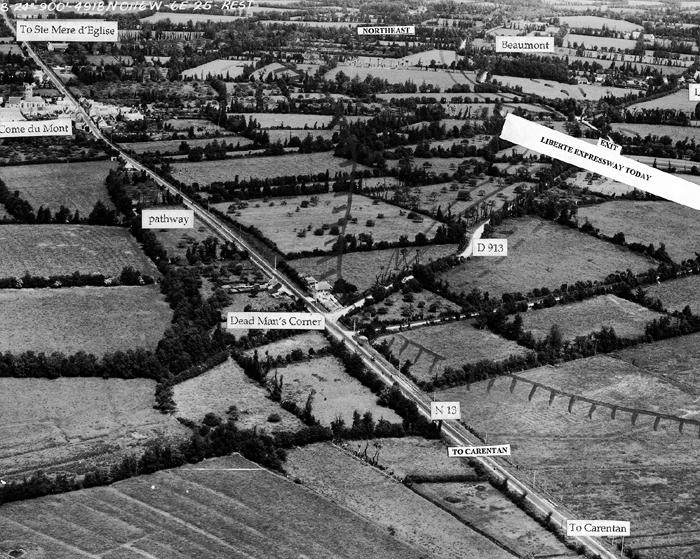 The road entering from the right is from Utah Beach, 4 miles northeast. On D-day, resistance along the road and adjacent fields were costly to Colonel Robert Sinks’s 506th Regiment of the 101st Airborne Division. German Colonel van der Heydte, commander of the 6th Parachute Regiment was headquartered in Ste Come du Mont half a mile north of the intersection. Fighting around the important corner lasted several days until the Germans were forced to withdraw westward, their only line of retreat. From here the Americans pushed south to Carentan and north to Ste Mere d’Englise opening up the advance from the Utah beachhead.