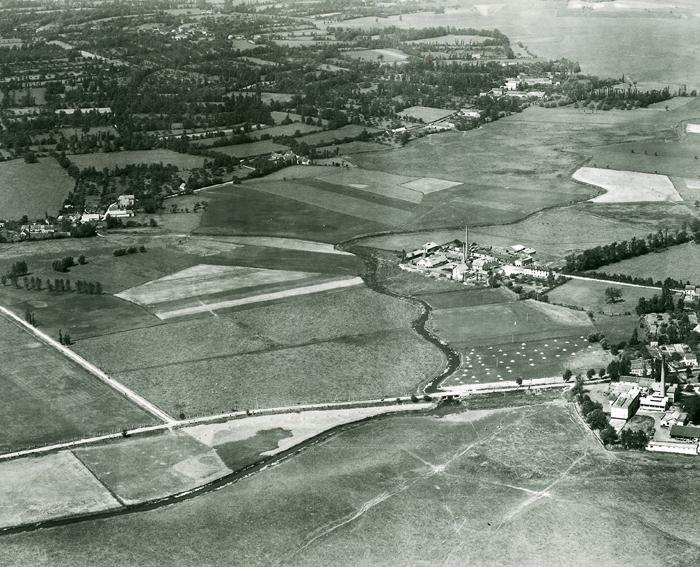 This is one of two most southerly causeways crossing the flooded marshlands of the Merderet River. The other, la Fiere Causeway, is two miles north towards the top right in the photo. The elevated roads crossing the marsh were flanked by German manned foxholes. Attempts by the 75 paratroopers of the 505th Regiment were stopped at the bridge as the men left the town of Chef du Pont. American snipers took up positions around the smoke stacked factory picking off Germans lining the road. Other paratroopers who had landed in the fields west of the marsh (top of photo) attacked the Couffey farm (center left) successfully. The causeway was cleared by D-day +3 allowing the Utah landed troops and tanks to move west to cut off the Cotentin Peninsula.