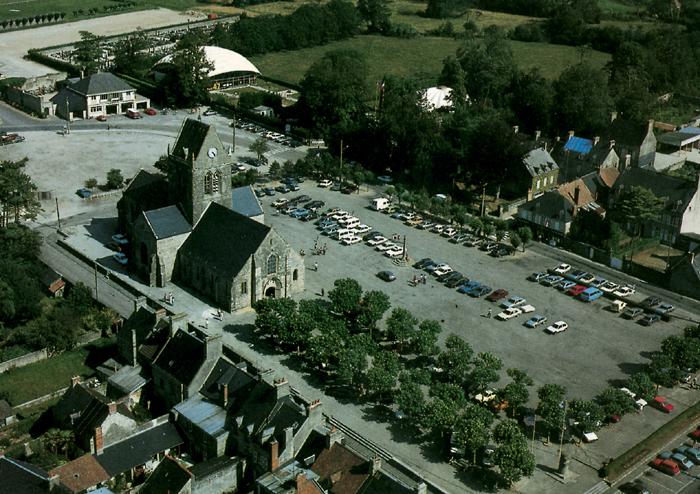 American paratroopers of the 82nd Airborne Division erroneously parachuted into the town square in the early hours of D-day. M. Hairon’s burning barn, top mid-photo, illuminated the scene making it easy for the Germans in the square to shoot the descending troopers. Private John Steele’s parachute caught on the steeple. He survived by feigning death until the town was occupied in the daylight hours. His parachute effigy still hangs on the steeple. The airborne museum stands on the site of Hairon’s barn. The town has been a gathering point for returning veterans of all divisions.