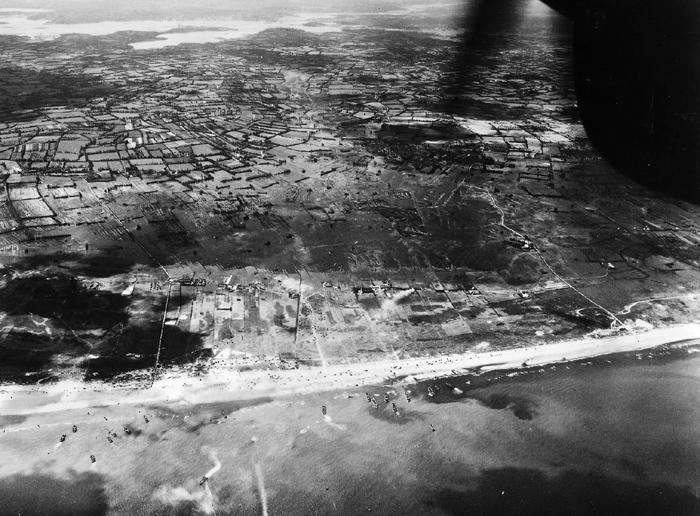 The aircraft engine nacelle and propeller are top right. Dark patches are cloud shadows. German flooding of the low pasturelands immediately west of the beach was planned to limit American accessibility to the higher ground. Further west along the top of the photo can be seen the flooded Merderet River valley, also a defensive tactic that caused grievous losses to the 82nd and 101st Airborne Divisions. On the beach, landing craft are bringing in General Barton’s 4th Infantry Division. Two causeways carry vehicles and men westbound to relieve the paratroopers holding the causeways western exits. Over the following months ships off loaded supplies and men across the beach in volumes comparable to the port of Philadelphia.