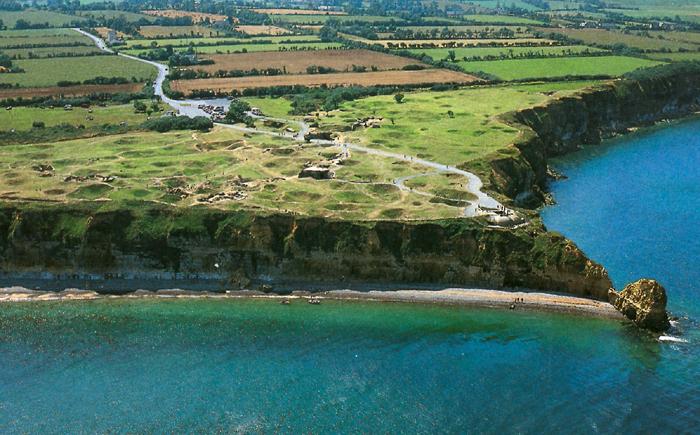 The guns housed in cement casements were a major threat to the invasion forces off Omaha and Utah Beaches. Bombing had not destroyed the positions. Companies D, E and F of Colonel James Rudder’s 2nd Ranger Battalion landed at the base of the cliffs at 7:00 AM. Hand grenades and machine gun bullets thwarted the Rangers climbing ropes to the top. Of the 225 in the assault only 120 made it to the plateau. The casements were empty with only camouflaged telephone poles as decoys. The Rangers moved south to the coast road intersection discovering a six howitzer field battery. Sergeants Leonard Lomell and Jack Kuhn using thermite grenades demolished the firing and sighting mechanisms. German counterattacks compressed the Rangers back to within 50 feet of the cliff face which they held until relieved by Omaha landed forces on D-day +2.