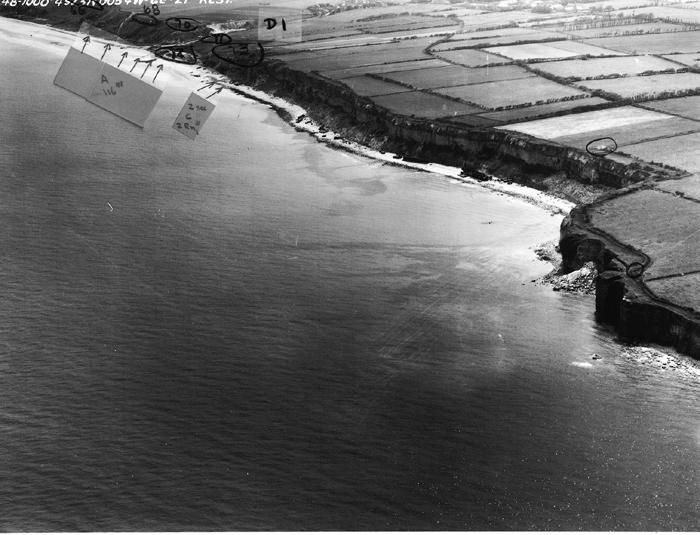 The valley road “the Vierville Draw” or code named D1 is at the top. Six German strongpoints defended the beach in this area. The movies “The Longest Day” and “Saving Private Ryan” depict the battle on these sands. C Company of the 2nd Ranger Battalion landed under the cliff immediately west of the draw. Their battle along the bluff greatly reduced the firepower on A Company, 116th Regiment assaulting the beach. Further west to the right is Pointe Percee from where a German officer observing the battle erroneously misjudged the American successes and redirected German reinforcements to another area. The German defenses around Vierville draw are visible and accessible.