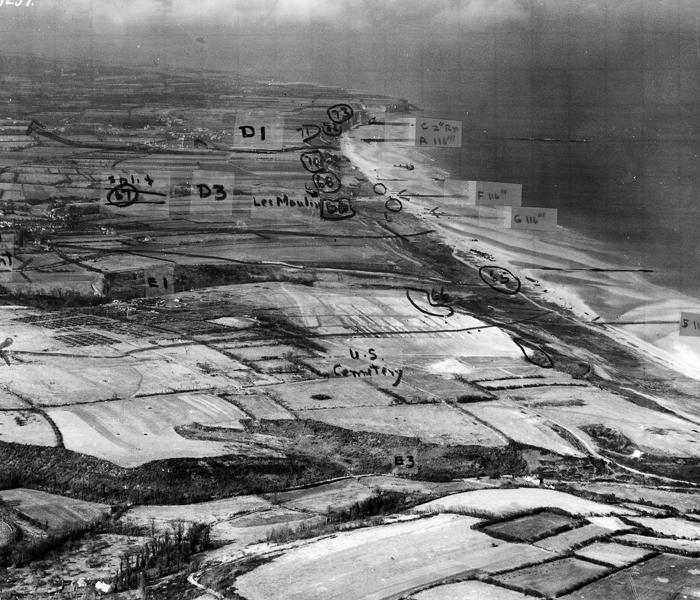 The plateau is 150 feet above sea level. It is several hundred yards from the high tide line to the foot of the sloping bluffs. The beach obstructions were removed shortly after D-day. Five valleys (identified as D1, D3, E1, E3 and F1 not shown) run through the plateau down to the beach. German concrete pillboxes still abound along the bluffs and along the valley walls. The heaviest fighting with the highest casualties occurred when our troops landed at the mouth of these fortified valleys. The development of the US Normandy Cemetery can be seen in the center.