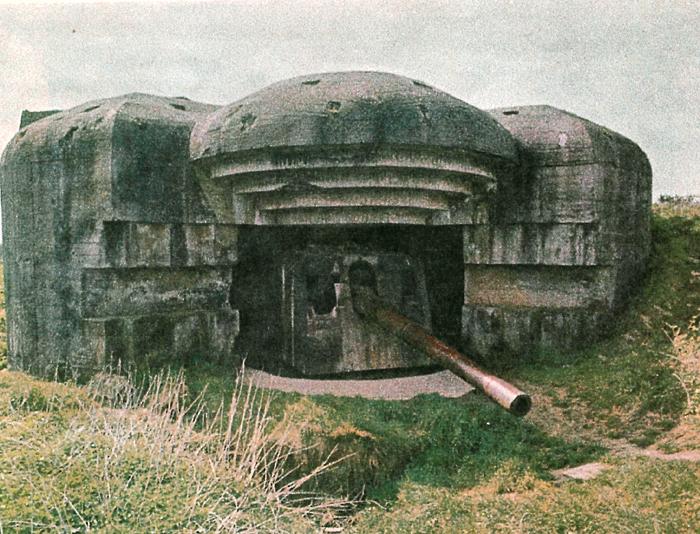 Four 155mm guns in thick concrete casements were positioned along the bluffs between Arromanches and Omaha Beach. A hard fought duel was fought between the guns and the battleship HMS Warspite. One of the 16-inch naval shells entered the gun embrasure exploding among the ammunition. The explosion vaporized the German crew blowing the casement apart like giant toy blocks. British troops captured the position late D-day. The site had changed little and is readily accessible by automobile including the observation and fire control bunker built into the cliff face.