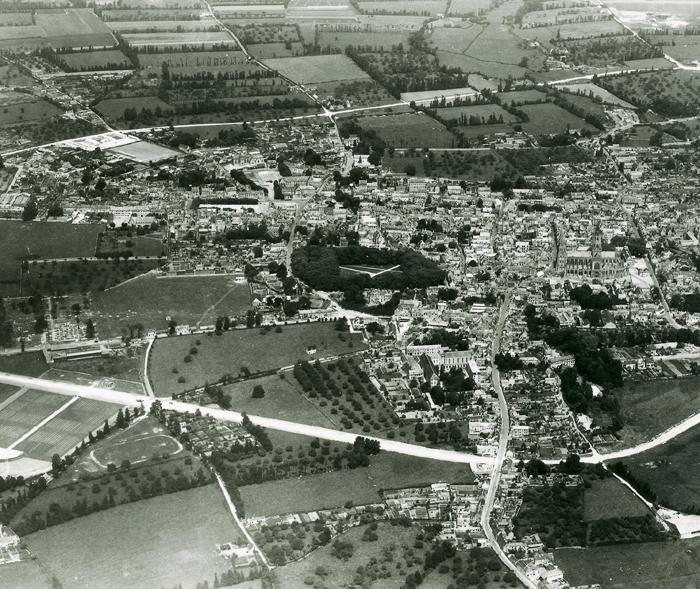 The city was not bombed, shelled or fought in. The magnificent cathedral and site of the Bayeux Tapestry Museum were spared war’s destructive force. It was liberated by the British on D-day +1. Bayeux’s narrow, ancient streets prohibited the rapid flow of military traffic so the British engineers built bypass roads to the north and south. In the photo (lower left) is the British wartime cemetery containing 4018 British, 181 Canadian, 25 Polish and 466 German gravesites. All casualties of the battles to the south. The British do not permit exhumations and transfers of remains to other national cemeteries.