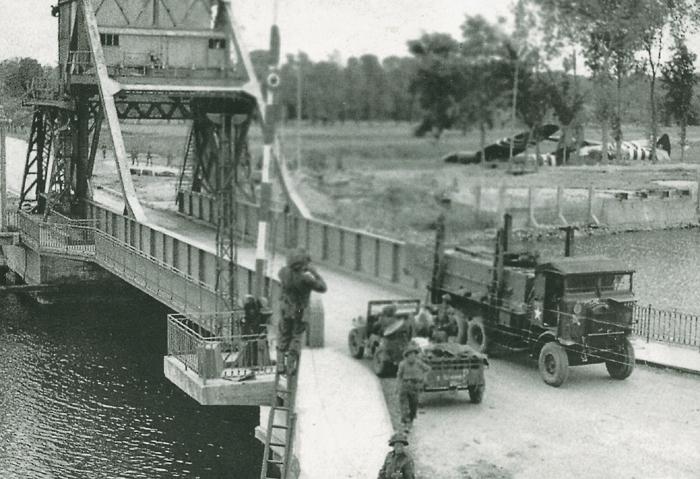 The lift bridge spanning the Orne Canal was captured by British 6th Airborne Division glider troops in the first few minutes of D-day. The three Horsa gliders, visible in the top right brought Major John Howard and his troopers in on time, accurately placing them in position to seize the bridge by rapid surprise. Lt. Den Brotheridge, the first allied death on D-day was killed where the Jeep is standing as he and his men rushed across the bridge from the eastern side. A Bedford 4×4 engineer’s truck is returning from the airborne headquarters area to secure supplies from Sword Beach. The drivers, although in Europe, are still driving on the left side as in England.