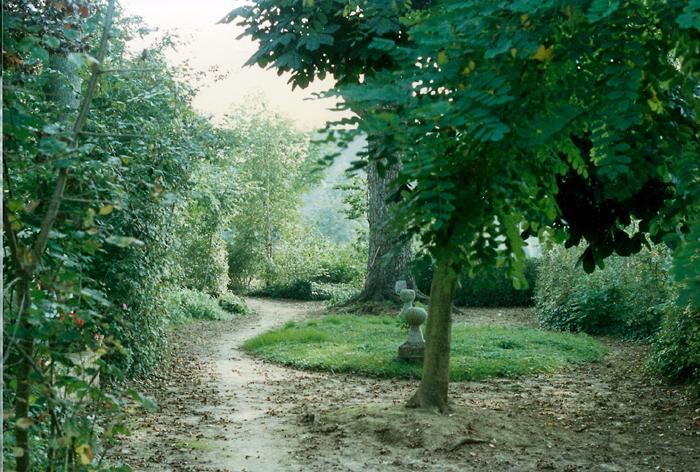 The old Abbey of the 13th century was a farming commune in 1944. The German 12th SS Panzer Division occupied it D-day afternoon. Its tall turreted chapel afforded excellent observation of the southerly advancing Canadians. The following afternoon the SS men attacked the exposed Canadian flank at Authie. Canadian POWs were shot on site. Eighteen were brought singly into this garden, shot in the back of the head and buried in shallow graves. Colonel Kurt Meyer, the officer in charge, was held accountable, tried and condemned to be shot. The authorities diminished his sentence. He was released and after a beer salesman career selling to the allied army clubs, died of a heart attack at age 63.