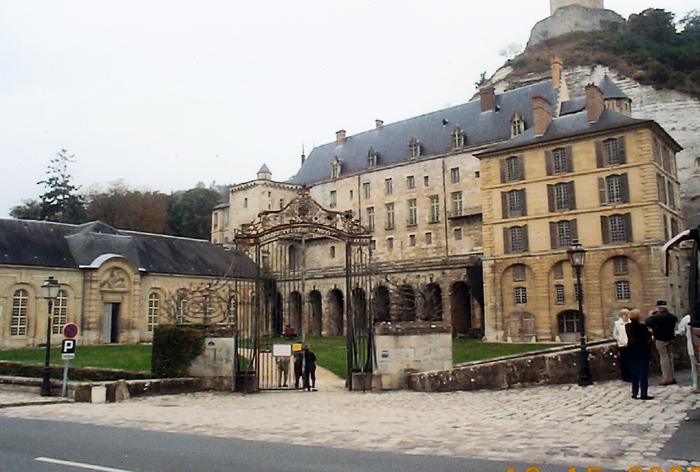 Forty miles north of Paris on the Seine River’s eastern bank. La Roche’s 67 citizens were occupied by 937 Germans as this was Field Marshal Erwin Rommel’s Army Group B Headquarters. His office was behind the three windows above the lamp post to the right. The chateau entrance is to the right of the photo. The lower buildings to the left are the horse stalls and carriage house. Rommel rushed back on June 6 from his wife’s birthday party arriving late that evening. He was returning from the battlefield south of Caen July 17 when his Horsch car was strafed and he was wounded.