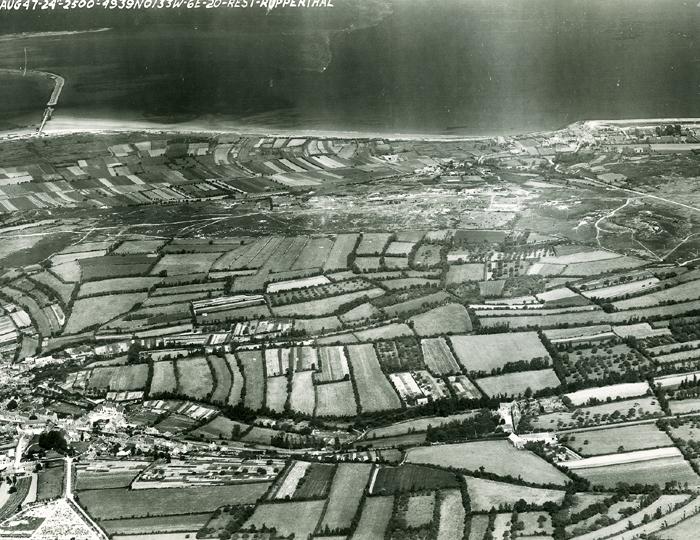 Napoleon designed the port and its defenses to be the Gibraltar of the English Channel. It was captured by Major General Erwin Rommel June 19. 1940. In anticipation of the 1944 invasion and to deny the port’s use by the Allies, Rommel had the defenses expanded around the circumference. Fort Roule, mid-photo, is a dominating honeycombed mountain with little accessibility. Although the city and port were captured June 26 (D-day + 19) German demolition of the port facilities denied its use for several months thereafter.