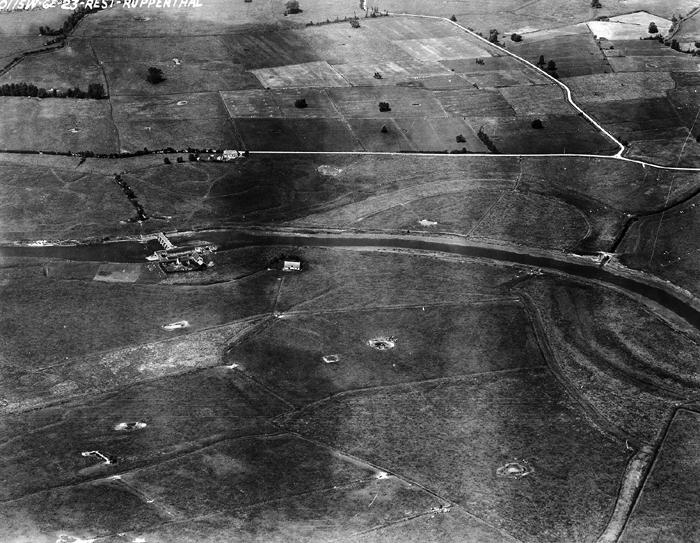 German control of back flooding the lowlands behind Utah Beach and the Douve and Merderet River valleys was accomplished by opening and closing the lock gates at the appropriate times over a two year period. Colonel “Skeets” Johnson, commander of the 501st Regiment of the 101st Airborne Division, attacked from the north early D-day morning with 150 men. The Germans withdrew south several hundred feet to prepared positions. US Navy counter fire against two German 88s in Carentan silenced the Germans. On D-day +1 German paratroopers of the 1st Battalion, 6th Parachute Regiment attacked from the top right towards the T-junction. Although out-manned the Americans bluffed the Germans into surrendering. In error German artillery killed many of their comrades as the POWs were being marched into captivity. Today, the Liberte’ Expressway across these lowlands near Carentan passes very close to the lock.