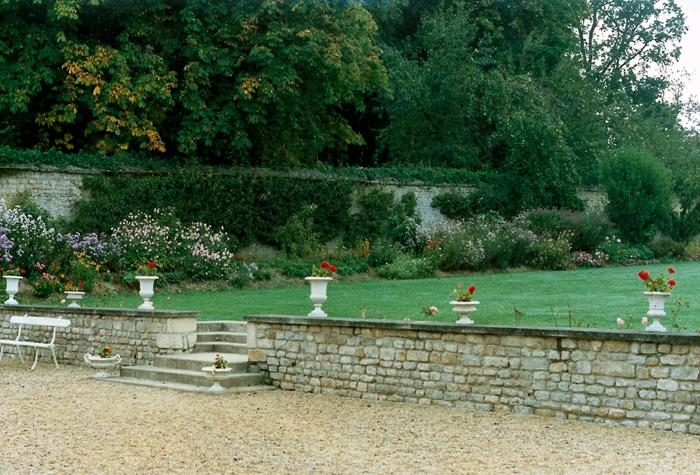 The chateau was occupied by a regiment of the 12th SS Panzer Division D-day +1. The area saw much fighting with British and Canadian troops. POWs were brought here and twenty were shot by their guards along this wall. The officer responsible was later killed along with the perpetrators of the murders. The chateau has been rebuilt and is now a five star hotel with shrapnel in the ceiling of the higher rooms as evidence of the battle.