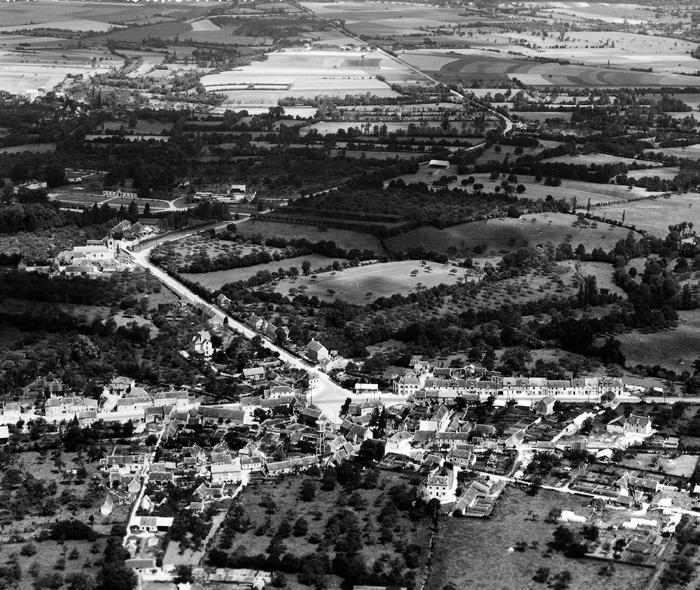 On August 19, a German Tiger tank occupied the town intersection facing north holding open one of three escape routes for the defeated and surrounded German army in Normandy. As the Germans fled eastward along the road and neighboring fields and orchards the Allied air force incessantly bombed and strafed. Canadian artillery added to the inferno. With the road from the north as its axis of advance B Company of the Argyll and Sutherland Highlanders (Canadian infantry) and C Squadron of the South Albert regiment (armored) took six hours to fight their way to the intersection and knocked out the Tiger tank. Canadian Commander Major David Currie (awarded the Victoria Cross) renewed the artillery fire to further help close the escape route successfully. The town was pulverized, the roadways were littered with hundreds of abandoned and destroyed vehicles and equipment. Hundreds of horses and thousands of German soldiers lay dead within the limits of this photograph.