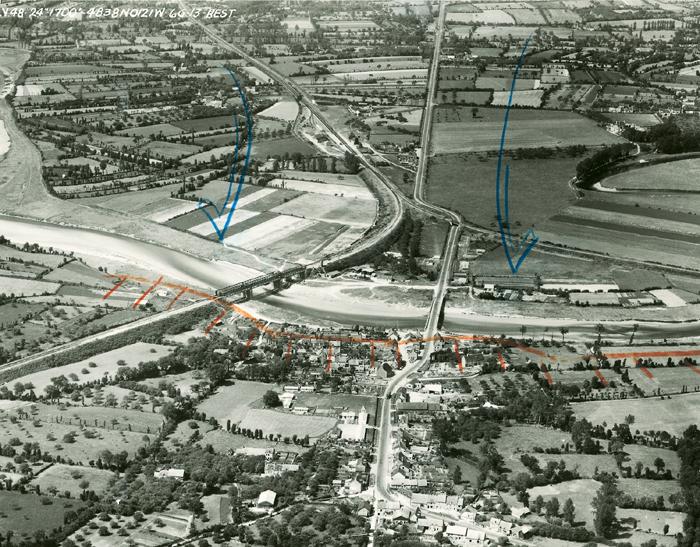 Patton’s Third Army rushed across these two bridges July 31. The Selune River bridges had not been destroyed. Pivoting west, Patton led his forces into Brittany and its large port at Brest. Those forces pivoting east rushed to Paris and the Seine River bridges. Patton defended these two lifelines coming from the north with hundreds of antiaircraft guns and an ever-present air umbrella over the corridor. German Colonel Rudolf Bacherer with a thousand men of the 77th Division attempted a brief but unsuccessful counterattack in the hours before the main American force entered the scene.