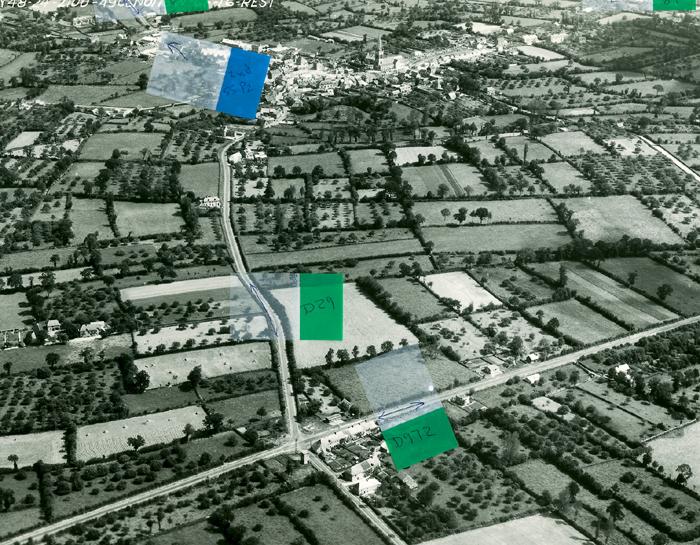 On July 25 (D-day + 49) General Omar Bradley launched Operation Cobra with 15 divisions and 750 tanks from their positions a few miles north of Marigny (top center). The 2nd SS Panzer Division rushed north to the town. The American forces counterattacked from the fields to the right and left of the road being used by the panzers. The enemies’ resistance was strong. Two days later the American 3rd Armored Division reached the intersection sending half its strength west to Coustances while the remainder continued south at full speed. This north-south road was the principle thrust line for the famous Patton Breakout.